Haris Ćutahija (director) graduated from the Faculty of Political Sciences at University of Sarajevo where he also gained MA degree in political science – European integration. He also holds professional qualification degree in political management from the New Bulgarian University. Has extensive experience in managing and working on various projects ranging from the European integration to youth activism and culture. He is columnist on several internet portals as well as a political analyst. He has joined the Foreign Policy Initiative BH team in March 2020 as a researcher.

Prof. Dr. Nedžma Džananović is an associate professor at the Faculty of Political Sciences, University of Sarajevo.

She is a former diplomat, and in addition to the Ministry of Foreign Affairs of BiH, she also worked in the Presidency of BiH (Cabinet of the Bosniak member of the Presidency), and as an advisor to the Chairman of the Council of Ministers of Bosnia and Herzegovina for foreign policy.

Since 2014, she has been volunteering to mentor a club that brings together students interested in extracurricular activities called the Student Corps Diplomatique Club (CD Club). She is the author of three books and a number of scientific and professional texts, mainly in the field of foreign policy analysis and EU integration, but also in more conventional political science areas such as populism. 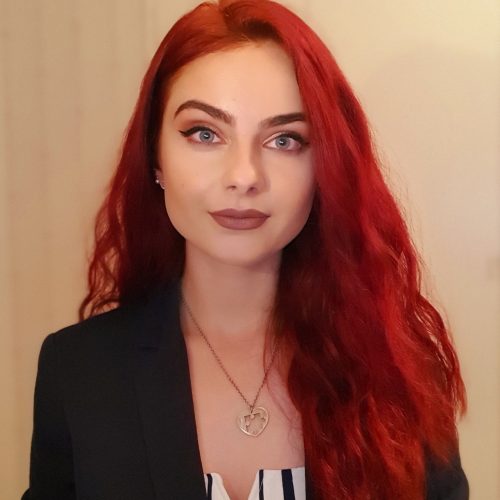 Hata Kujraković is an MSc student of European Affairs at Lund University, Sweden, and a recipient of Lund University Global Scholarship. She holds a BA degree in International Relations and European Studies from International Burch University, BiH. She has worked on various projects related to the improvement and promotion of human rights and the advancement of knowledge in the sciences among students in BiH. Her interests are political processes in the EU. Hata is a Humanity in Action BiH and a Foreign Policy Initiative BH fellow.

Adisa was born and raised in the capital of Bosnia and Herzegovina, where she still lives and works. She was educated at the Faculty of Economics University of Sarajevo, majoring in Marketing Management, and besides marketing her other love is tourism. She has over 5 years of work experience in marketing and organization in domestic companies. She is currently employed as a Social media manager at a marketing agency.

Her interests are media, politics, youth development and participation, political marketing, tourism, and media and information literacy. She has participated in many international and domestic conferences and seminars. She volunteered as a PR assistant at the Faculty of Economics University of Sarajevo, as a PR of the Youth Council Stari Grad Sarajevo, and she's also a alumni member at the School of Political Studies of the Council of Europe.