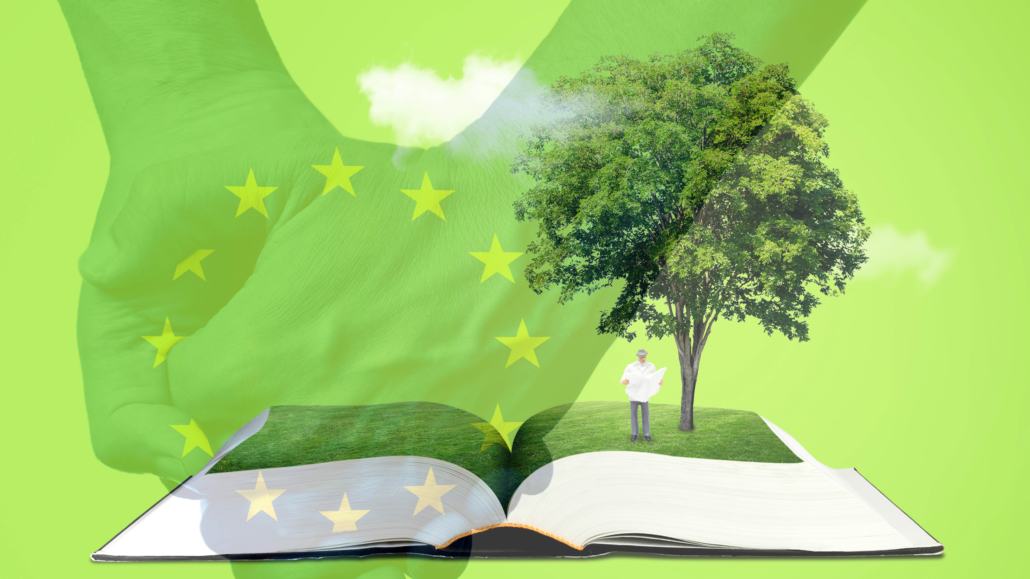 Earth Day was first celebrated on April 22, 1970, in Philadelphia, United States of America and since then, it has been celebrated in more than 192 countries. The theme of this year's Earth Day is “Restore Our Earth”, which focuses on sustainable development, natural processes, as well as new green technologies, which can restore the Earth's natural ecosystems and contribute to reducing global warming. More than ever, we need to remind ourselves what our planet means to us, because now, planet Earth is facing a dangerous enemy, and that is the human.

Humans use natural resources in the production process and for this purpose use up the energy that nature receives using sunlight, coal…However, most of the obtained products are returned to nature at any time during their use, in various ways as a waste and thus affect the established balance. In the pre-industrial era, environmental pollution had a local character, but with the modernization of agriculture and industrialization, this problem became a global problem. The cause was visible to the naked eye before (dust, smoke, dirty water), and now scientific analytical methods are needed for this purpose (heavy metals, odorless gases, toxic organic compounds). We have entered the third millennium with a great damage to the biosphere, global climate change, the destruction of many species of fauna and flora, the problems of increasing production and a growing population. In recent years, European Union (EU) policies have increasingly moved in the direction of protecting the environment and preserving human health. In the twenty-first century, we must take great measures of protection to preserve the environment for further survival of the mankind. The EU has realized that it must align each of its activities with possibilities of nature.

Climate change and environmental destruction are a threat to the existence of Europe and the world. To target these problems, Europe has developed a new strategy in which:

• Economic growth is not linked to resource use;

• No person or region is neglected.

The third item is extremely important for Bosnia and Herzegovina (BiH), because the Western Balkans region must not be neglected, yet pollution does not know state borders. Just by looking at the example of air quality, we can see how this is a problem for BiH, where about 8 thousand inhabitants die every year due to the consequences of air pollution. The situation in other countries in the region is no different. Albania is fourth in Europe by its pollution levels, followed by Montenegro, North Macedonia, and Serbia. All the countries of the Western Balkans are the largest exporters of fine particles (PM2.5) into the atmosphere, whose concentration often exceeds the allowed limit up to 10 times. All detrimental thermal power stations are located in the Western Balkans region, and the worst thermal power stations are located in BiH. This is the Ugljevik thermal power station, which emits more than 100,000 tons of SO2 into the air annually. In BiH, health costs related to air pollution are estimated at as much as 21.5 percent of GDP, while in Germany, for example, that percentage is 4.5 percent of GDP.

Not only our air is polluted, but rivers have also long since become the main landfills, forests have lost their primal function by excessive logging and contamination, leaving the soil polluted…Data from 2019 for BiH records 72,791 m³ of destroyed and damaged timber, of which 45,273 m³ of pulp was destroyed and damaged by illegal logging.

Bosnia and Herzegovina has so far taken almost no steps to protect the environment. Six Western Balkan countries (Albania, Bosnia and Herzegovina, Kosovo, Serbia, Montenegro, and Northern Macedonia) are aiming to join the European Union and will need to address this issue in their EU accession process. In this regard, the highest officials of the governments of the Western Balkan countries supported the Green Agenda for the Western Balkans at the Summit in Sofia held on November 10, 2020.

By signing the Sofia Declaration on Green Agenda for the Western Balkans, the countries of the region have committed themselves to working to make Europe climate neutral by 2050.

What is the Green Agenda and what has the region committed itself to?

Accompanying part of this plan are the guidelines for the implementation of the Green Agenda, and they define activities in five key areas, which are the same as in the European Green Plan.

• Circular economy, with special emphasis on waste, recycling, sustainable production, and efficient use of resources;

• Biodiversity, which aims to protect and restore the natural wealth of the region;

The Commission believes that digitalization will be the key driver of activity in areas reflected in its concept of double transition – green and digital.

According to the Declaration, the countries of the region have committed themselves to work with the EU to make Europe a climate-neutral continent by 2050, by introducing strict climate policies and reforming the energy and transport sectors through the following measures:

• Alignment with EU climate law after its adoption, which aims to make the EU climate neutral by 2050;

• Defining energy and climate goals by 2030 in accordance with the legal framework of the Energy Community and the acquis communautaire, as well as the development and implementation of National Energy and Climate Plans with clear measures to reduce greenhouse gas emissions;

• Alignment with the EU Emissions Trading System (EU ETS), as well as introduction of other emission taxation models, to promote decarbonization in the region;

• Analysis and revision of all regulations that support the progressive decarbonization of the energy sector and their full implementation, primarily through the Energy Community;

• Cooperation in preparing an assessment of the socio-economic impact of decarbonization on each country and at the regional level regarding a fair transition;

• Prioritizing energy efficiency and improving it in all sectors;

• Increasing the share of renewable energy sources and providing the necessary conditions for investment, in line with the EU acquis communautaire and the Energy Community;

• Reduce and phase out coal subsidies, in strict compliance with state aid rules;

• Actively participate in the initiative for coal regions in transition in the Western Balkans.

The EU will provide financial support and technical assistance to those most affected by the transition to a green economy. At least € 100 billion has been earmarked for the most affected regions in the period from 2021 to 2027. The European Commission has also adopted a comprehensive Economic and Investment Plan for the Western Balkans, which envisions € 9 billion in EU funding for key investments, including acceleration of the green transition.

However, will Bosnia and Herzegovina and the countries of the region respect and implement the Green Agenda for the Western Balkans? The only thing left for us is to wait and see if thermal power stations like the one in Ugljevik, often referred to as the Chernobyl of Europe, will one day be closed. It is our obligation to reconcile humans and nature, and to develop the ecological consciousness. There is no better contribution and investment in the future than the development of environmental awareness, nature conservation and environmental protection. The salvation of humans and the survival of the Earth lies in the knowledge and modesty of humans. Let us hope that the governments of the Western Balkan countries have understood that as well.