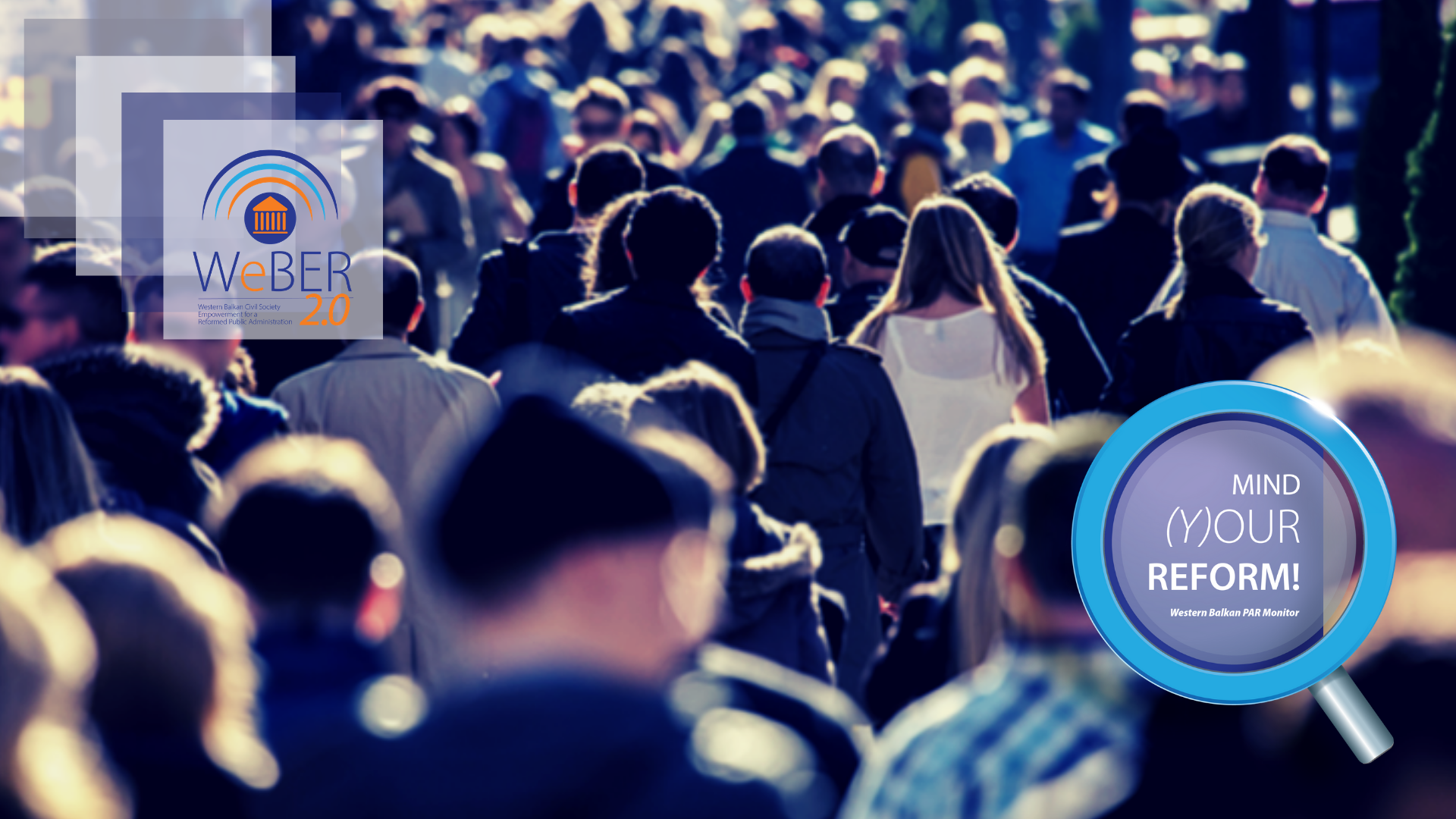 WHAT DO CITIZENS TELL US ABOUT ADMINISTRATIVE SERVICES?

The second public perception survey in the Western Balkans

• Most of citizens in the Western Balkans perceive that dealing with public administration has become easier in the past two years (57%). This view is more pronounced in Kosovo, Serbia and Albania (73%, 65% and 63% respectively), on the one hand, than in Bosnia and Herzegovina and North Macedonia (38% and 48%) on the other. Figures in Montenegro are around the average with 55%.

• With regards to the time needed to obtain administrative services, the figures are very similar to the ones in dealing with public administration. On average, 57% of respondents in the region agree that this time has decreased. Kosovo, Serbia and Albania are considerably above the average, Bosnia and Herzegovina and North Macedonia below it, whereas the figures in Montenegro do not statistically differ from the regional average.

• The majority of respondents in the region also agrees that there have been efforts by governments to make administrative procedures simpler for citizens and businesses (58%). Again, Kosovo, Serbia and Albania score higher (70%, 70% and 62%), while North Macedonia and Bosnia and Herzegovina are lagging behind the regional average with 51% and 37% respectively.

• Citizens are largely aware of electronic services but they do not use them as much. The minority of 39% of respondents in the region say they use these services sometimes or often. E-services are used more in Serbia and North Macedonia than in Bosnia and Herzegovina, Kosovo and Albania. Montenegro is between these two groups of countries.

• The public in the Western Balkans sees governments more responsive to citizens’ feedback on how to improve administrative services than it did in 2017. It also reports that citizens or civil society have been more involved in the monitoring of administrative services. These changes have been most obvious in Kosovo, Serbia and Montenegro, while somewhat less so in Bosnia and Herzegovina and North Macedonia. By contrast, no positive change since the 2017 survey has been recorded in Albania.

• As for the sociodemographic categories, the results show that public sector employees and citizens holding a university degree have somewhat more positive perception of public administration than the other sociodemographic groups.

• The COVID-19 pandemic does not seem to have substantially changed the nature of interaction with public administration.

The reasons behind the lack of progress made within the Berlin Process
WHAT DO CITIZENS TELL US ABOUT ADMINISTRATIVE SERVICES?