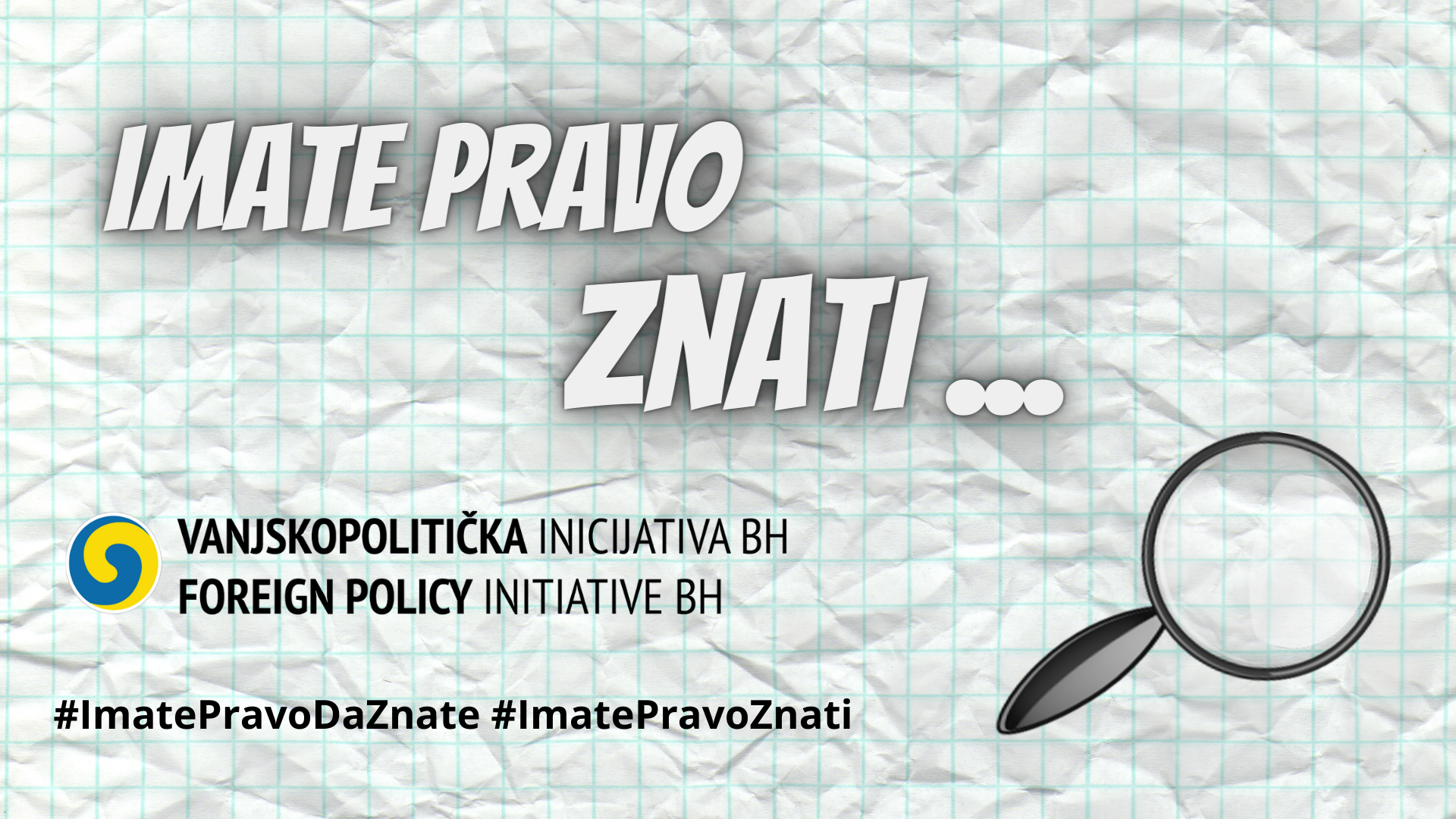 On the occasion of the International The International Day for Universal Access to Information, the Foreign Policy Initiative BH organized a campaign “You have the right to know” on social networks during September and October, which aimed to raise awareness of citizens regarding the importance of free access to information.

In addition to infografics and animations that you can see later in this article, we also organized two special video shows. During the first show we had the opportunity to talk to Dragan Ćuzulan, Coordinator of the Public Administration Reform Coordinator's Office in BiH and gave answers to the following questions:

The second edition of the special show we talked to Leila Bičakčić, the Director of Center for Investigative Reporting (CIN) and provided answers to the following questions: