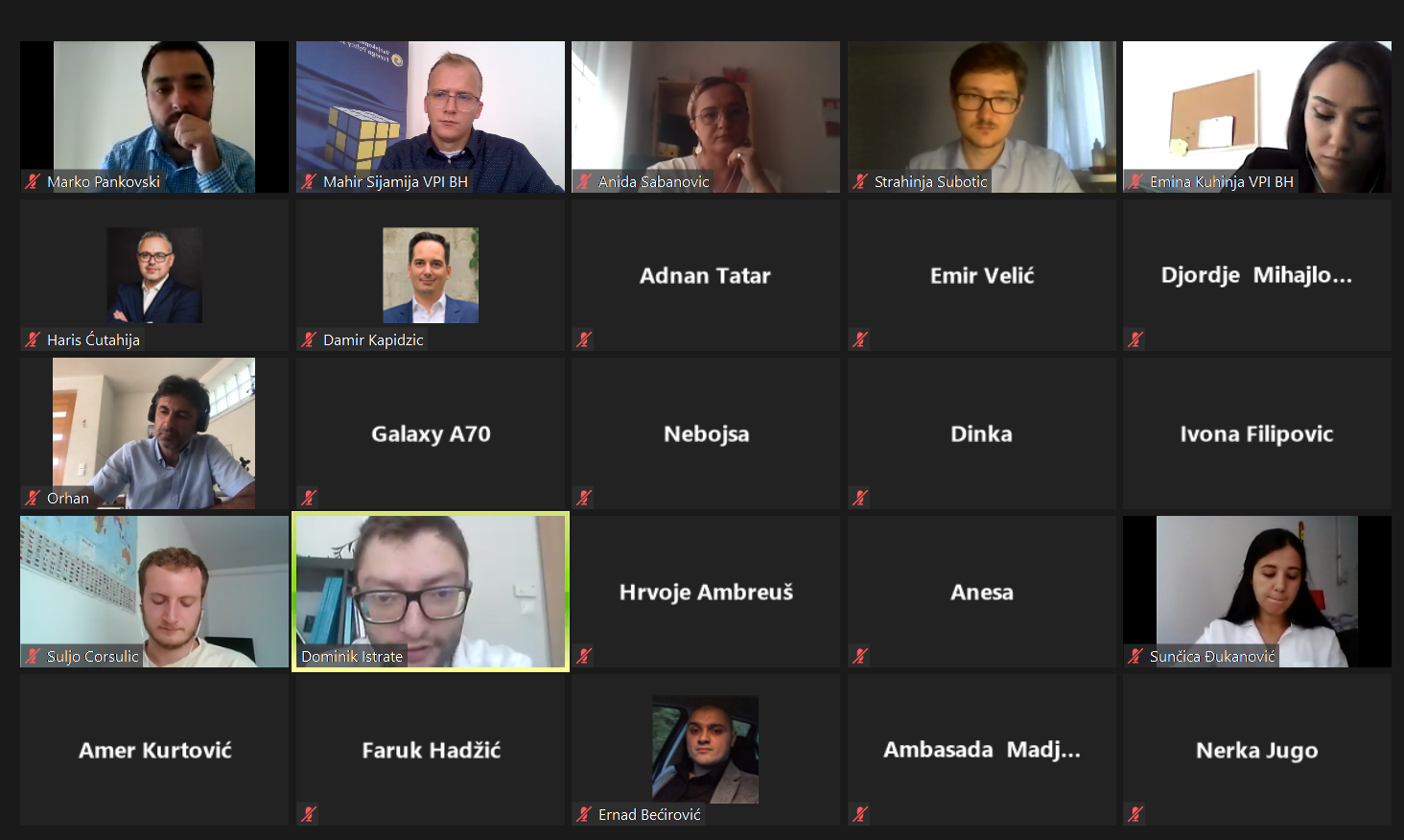 Presentation of the study “Foreign authoritarian influence in the Western Balkans”

On Tuesday, 15.09.2020., the Foreign Policy Initiative BH organized a presentation of the study “Foreign Authoritarian Influence in the Western Balkans” online through the Zoom platform.

The study is the result of the project “Understanding and Responding to the Influence of Foreign Actors”, which aims to understand the nature and the degree of authoritarian influence in the Western Balkans, starting with three countries: North Macedonia, Montenegro and Bosnia and Herzegovina.

Significant knowledge is available on how Russia is trying to establish European and American political processes, but the influence of Russia and other superpowers (e.g. Turkey, Iran, China) in the Western Balkans, is less known and brought to attention. The aim of the project is to better understand, raise awareness and realize the impact of foreign actors in Eastern and Central Europe. This project aims to create tools that will enable detailed measurement of the influence of actors such as the Russian Federation, the People's Republic of China, as well as other authoritarian regimes.

In addition to the author, prof. dr. Damir Kapidžić from the Faculty of Political Science, University of Sarajevo and Strahinja Subotić, researcher at the Center for European Policies – CEP, participated in the presentation of the study.

The implementers of this project, in addition to the Foreign Policy Initiative BH, are: Political Capital (Budapest, Hungary); Societas Civilis Institute for Democracy (Skopje, North Macedonia); Center for Democratic Transition (Podgorica, Montenegro), with donor support from the National Endowment for Democracy (NED).

The analysis is only available in English and can be downloaded here.