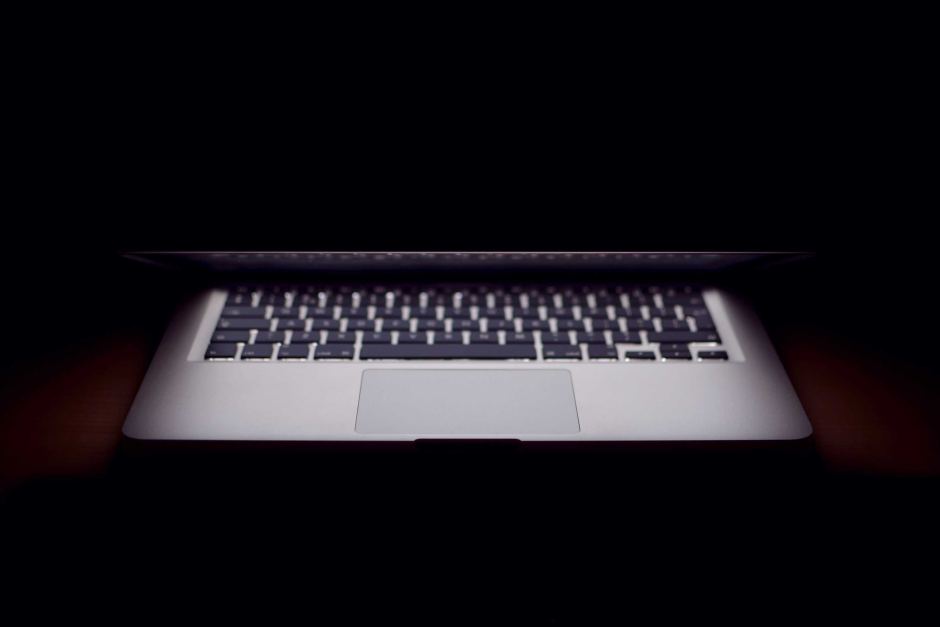 Worrying trends in the limited proactive information made available to citizens of the Western Balkans by their governments, indicated in the baseline PAR Monitor 2017/2018, have shown little change. Although some online information is easily accessible in most of the countries included, limited open data practices and transparency in annual reporting and budgets, as well as limited citizen-friendliness in the presentation of information, are still common. 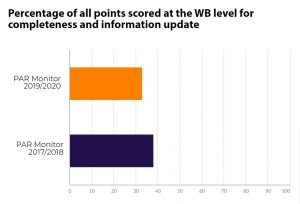 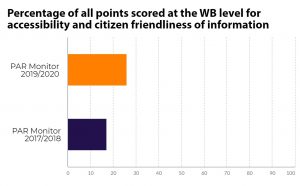 Sample authorities generally fare better at providing more basic content, such as in providing information on scopes of work, contact information, organisational charts, and information on policy documents and legal acts. In almost all countries, however, there is a lack of transparent information as in the previous monitoring on budgets, annual reporting, but also on policy papers and analyses produced by authorities. Although with some improvements, particularly worrisome was the lack of information on cooperation with civil society and other external stakeholders. Despite the emergence of open data portals in the region, publishing of open datasets is still a major challenge.

In terms of individual country rankings, the only notable decline in results is for Albania, with sample authorities for the current PAR Monitor being significantly less proactive than those selected for the previous cycle. At the same time, the lack of proactive publishing of budgetary information come into prominence this time around.

Serbia is still among the top scorers but with slightly poorer results, bringing to light uneven practice of information provision by different authorities within the administration. The lack of annual reporting still represents one of the key issues, on the other hand, it is the only country in the region with basic budget information readily available online.

Sample authorities in BiH have a more user-oriented and coherent webpages, which is why BiH again ranks higher than many. Key weaknesses still relate to the lack of available budgetary information as well as limited information on policy papers, studies, and analyses.

In North Macedonia, the government has taken important steps toward remedying the past limitations in transparency and accountability, which have been translated into concrete measures, and resulted in slightly better scoring. There is still a lack of proactive publishing of budget information and annual reports by administration bodies, and information about cooperation with civil society and other external stakeholders is missing.

Comparing both monitoring cycles, results for Kosovo remain the same, with sample institutions once again being notably negligent when it comes to publishing budgetary information and annual reports – a common characteristic among many WB countries. It should be noted that during the monitoring period, Kosovo government was undergoing major structural changes, with the decreased number of ministries as the result (from 21 to 15) and major restructuring in terms of ministries’ jurisdiction.

Finally, this years’ monitoring in Montenegro have somewhat increased the country’s score, however with no major steps forward. This time, sample authorities were found to be provide less complete and less up-to-date information on scopes of work, but better at presenting their organisational structures. 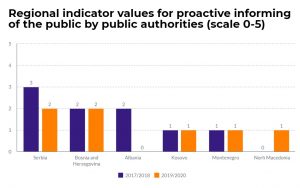 FPI BH campaign – “EU and BiH?”
Governments in the WB still do not provide adequate information on their achievements