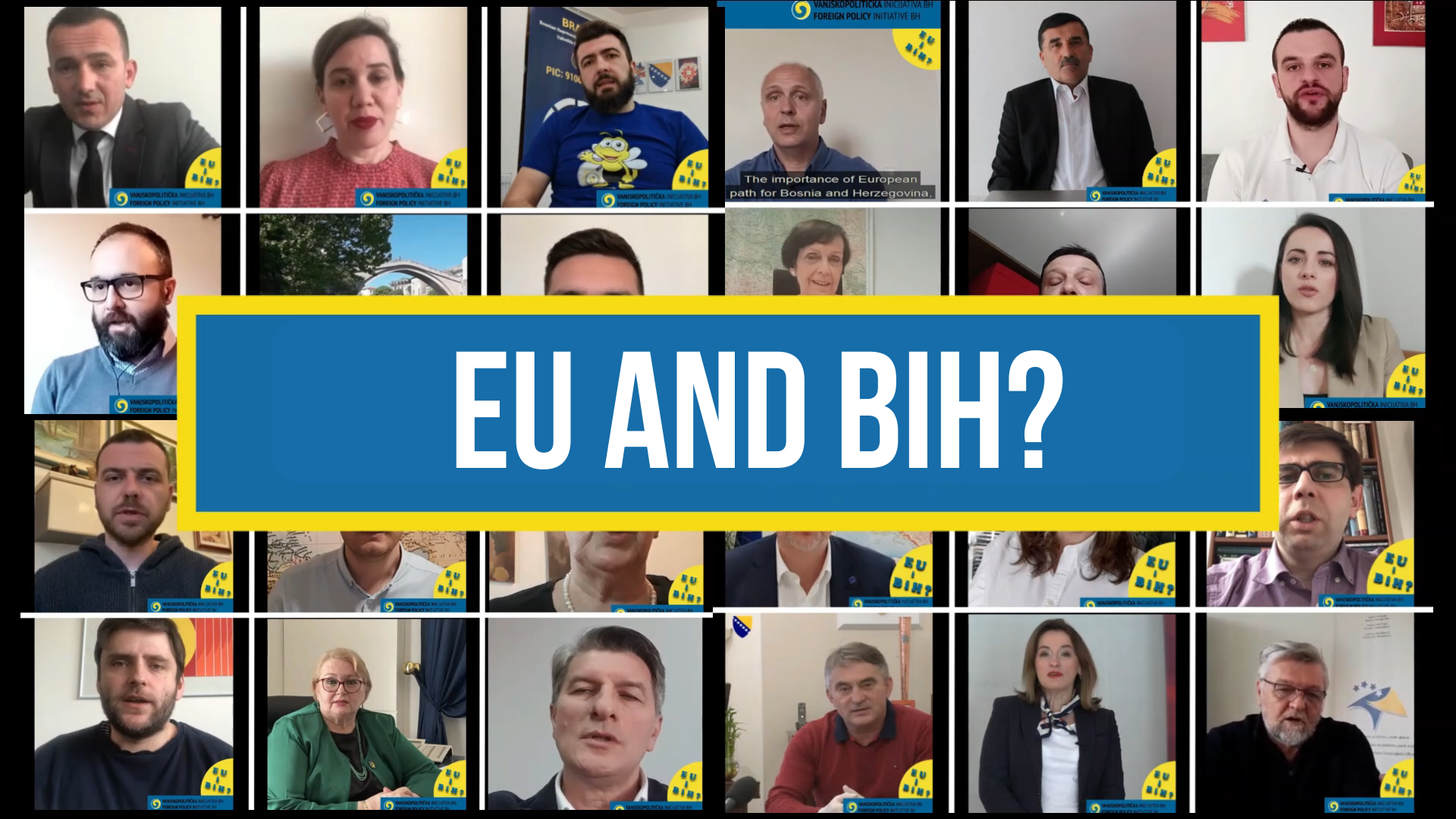 Foreign Policy Initiative BH last month organized a social network campaign “EU and BiH?” which aimed to actualize the European integration process in Bosnia and Herzegovina because the process is rarely mentioned in public space since BiH got the Opinion on the EU membership application.

“EU and BiH?” campaign consisted of promoting 29 video messages on social networks pages/profiles of Foreign Policy Initiative BH’s pages/profiles on Facebook, Instagram and Twitter in which the public figures and representatives of BiH and EU institutions, diplomatic corps, international organizations, NGOs,  academic society and media talked about the European path of Bosnia and Herzegovina.

You can watch the video messages below:

FOREIGN POLICIES OF THE WB6 – ALIGNMENT WITH THE EU?
Proactive informing from public authorities is still at a low level in the Western Balkans