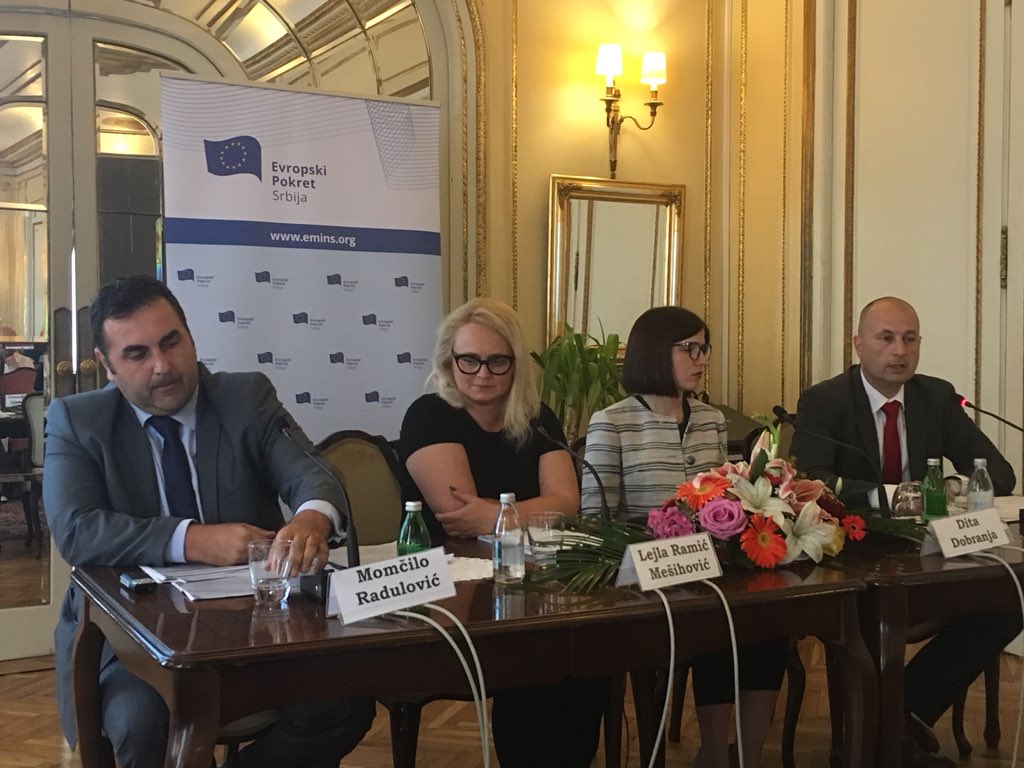 Messages from the Western Balkans: Rule of Law at the Core of the EU Integration Process

Proposal of practical policy which contains 12 recommendations for invigorating the EU integration process was presented in Belgrade on June 21st at the international conference “Messages from the Western Balkans”. Lejla Ramić-Mesihović, Foreign Policy Initiative BH Director presented the results of the research for Bosnia and Herzegovina and commented on the current EU integration process in the country and the region.

Vice-President of the European Movement in Serbia, Vladimir Međak said that the study is based on two principles – that there is a desire for enlargement within the EU and that there is willingness in the Western Balkan countries to do the reform processes which would enable them to join the Union.

“The core of the problem is that the existing framework is not good. The way the negotiations are being held has turned from a one-ended to a never-ending process and it must be clearly stated”, Međak stated.

German ambassador to Serbia, Axel Ditman stated he is pleased the embassy was able to finance the project within which the 12 recommendations were produced: “Our two key recommendation are that we remain committed to the merit-based Euro-Atlantic integration of the region , and that the key of the process are internal reforms within candidate countries, especially the rule of law.”

The international conference was organized within the project Effects of SAP instruments on WB6 European Integrations and Regional Cooperation, with financial support of the German Embassy in Serbia and Open Society Foundation.

Repercussions of frozen conflicts for regional stability in the Western Balkans
Policy analysis: “European (Re)Connection of the Balkans – The Search for new Modalities of Cooperation””