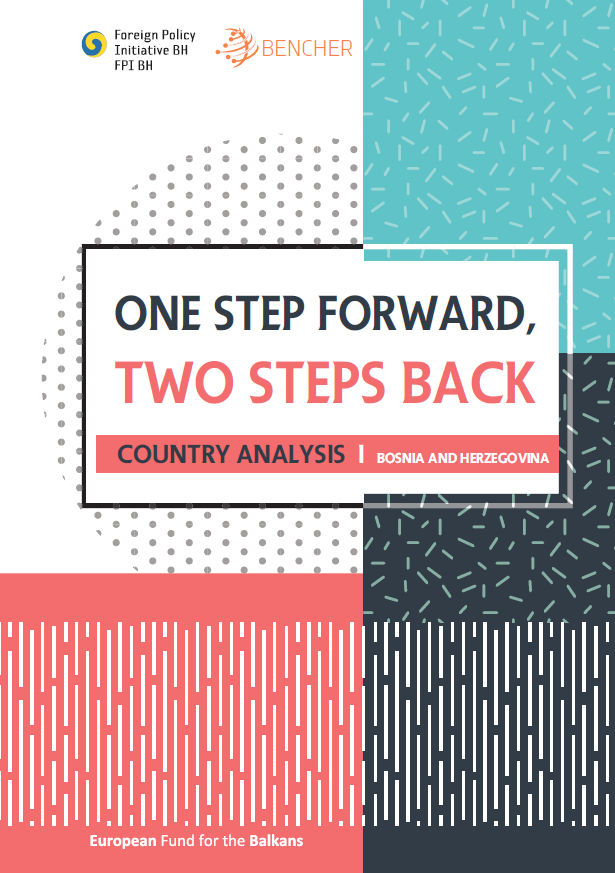 Within the framework of the regional project Benchmarking for EU Reform-How Effective? BENCHER, which Foreign Policy Initiative BH is implementing within the Think for Europe Network, we researched the BiH Progress Report for 2015 and 2016 which the European Commission publishes on an annual basis with the aim to analyze the recommendations and conclusion on the reform progress.

The analysis “One step forward, two steps back” concluded that numerous recommendations were repeated for 2016 and that the most of them regards the lack of implementation of country-wide strategies which severely hamper the reform processes. Although numerous government representatives presented the last Country Report as one of the best and most positive so far, by analyzing the recommendations and conclusions it is easy to realize that the majority of statements were far from the reality and the subject matter of the report.