Training for members of Women's Caucus of FBiH Parliament

Foreign Policy Initiative BH, in cooperation with Women's Caucus of FBiH Parliament organized the three-day training on political economy and gender-sensitive budgeting in Konjic (9-11 October 2017). The training is the continuance of a long and successful cooperation between FPI BH and Women's Caucus members with the aim to strengthen the capacities and offer expert assistance for the realization of plans and initiatives.

During the opening remarks, Kenela Zuko, Caucus President, underlined the significance of the cooperation of the Caucus with civil society organizations and intensifying of efforts towards various initiatives and the usefulness of such intensive training for the future activities of the Caucus.

The parliamentarians had the opportunity to discuss about political, economic and legal system of BiH, as well as the countries in the region, Europe and the world and the role of the state in economy and the world. One of the topics for discussion was the current state of affairs globally and its influence to BiH. By analyzing the economic programmes of political parties in BiH and Europe, Parliamentarians discussed about the possible solutions for the local economic governance. Irma Efendić Adžajlić held the lecture and interactive workshop on gender-sensitive budgeting and the influence the members of the Caucus can exert in ensuring increase in transparency of gender sensitive budget spending.

The project is financed by the grant from US Department of State. 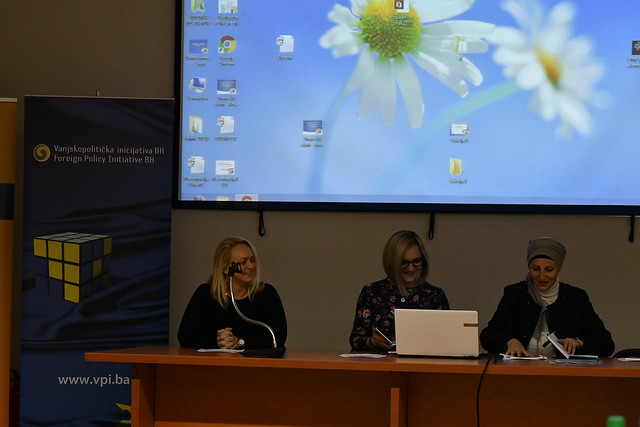