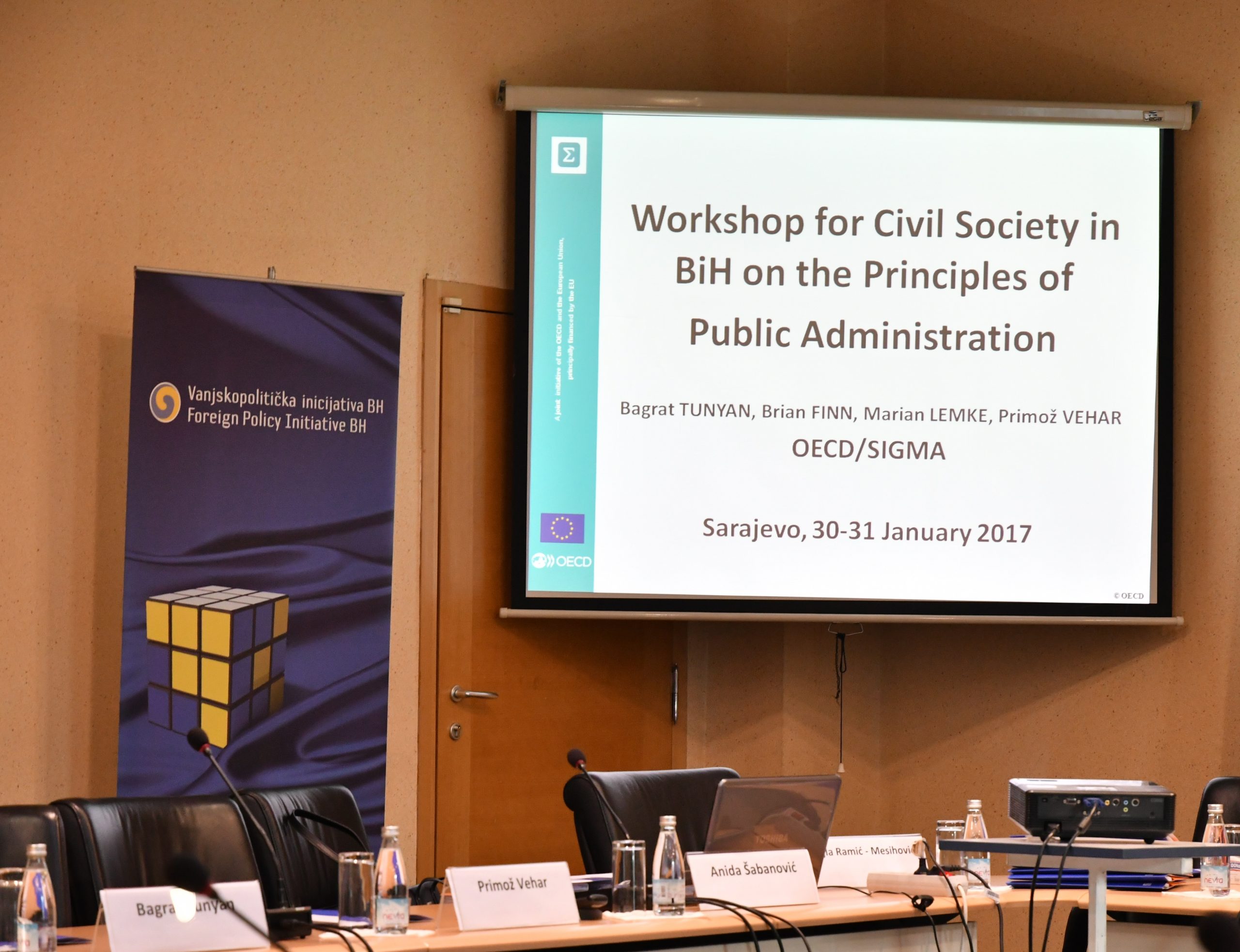 Seminar for CSOs in BiH on SIGMA Principles of Public Administration

Two-day seminar for civil society organisations was held in Sarajevo on 30th and 31st January 2017 and more than 30 representatives of civil society organizations (CSOs) from Bosnia and Herzegovina had the opportunity to learn from SIGMA experts on the framework of Principles of Public Administration, to participate in workshops and see the premiere of multimedia presentations about the key reform areas these Principles cover. The event was organized as part of the project “Western Balkans Enabling Project for Civil Society Monitoring of Public Administration Reform (WeBER)“.

The aim was to introduce SIGMA Principles of Public Administration to a wider group of CSOs coming from local communities from all around BiH who are active in PAR related areas.

The opening remarks were given by Lejla Ramić-Mesihović, FPI BH Director, Mr. Primož Vehar from SIGMA, and Ms Vedrana Faladžić from BiH PARCO. Mr. Primož Vehar as a SIGMA Country Coordinator for BiH gave an introductory speech about SIGMA Principles.

The next part of the seminar focused on the second area of PAR: Policy Development and Coordination, which was presented by Mr. Tunyan and followed by multimedia presentation. Mr. Primož Vehar, SIGMA expert, spoke about three PAR areas: Public Service and Human Resource Management, Accountability and Service Delivery.

Interactive discussion with the participants followed each presentation, giving the opportunity for CSO representatives to actively participate in the seminar, and point out the key areas where CSOs have been the most active and where they can make the biggest contribution. This was followed by workshops moderated by Anida Šabanović, FPI BH researcher working on WeBER project.

On the second day, seminar started with sessions on Public Financial Management presented by Mr. Brian Finn and Mr Marian Lemke, and it was followed by interactive discussion with the participants. Mr Alberto Costa and Ms Zane Rungule from the European Commission's Directorate General for Neighborhood Policy and Enlargement Negotiations spoke about the role of PAR in the EU enlargement process and the Special Group for PAR which was formed in BiH.

The afternoon was dedicated to discussions on ongoing WeBER activities- draft concept note on National Working Groups on PAR (NWGs) to be established and working draft on the PAR Monitor methodology presented by FPI BH team working on WeBER project. 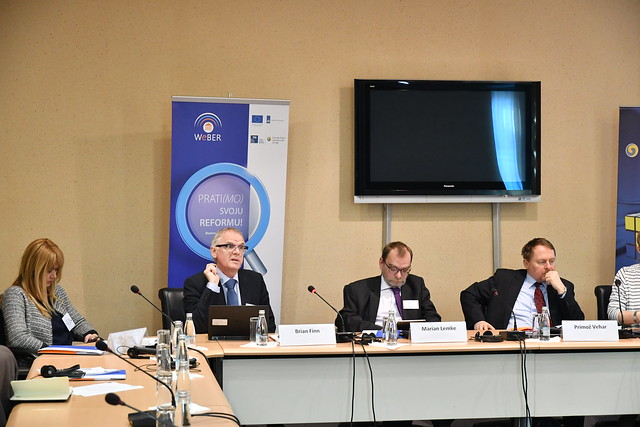