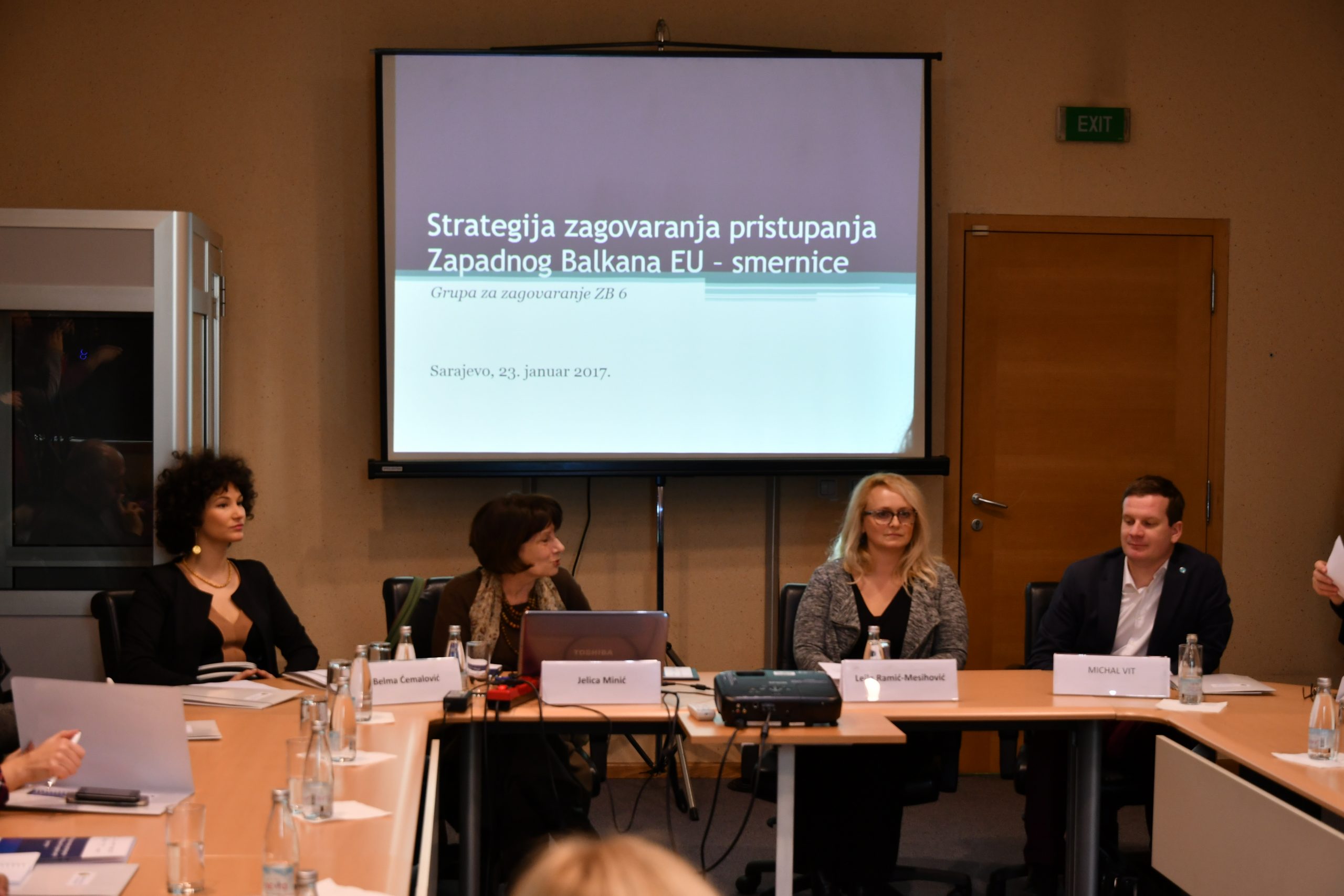 On 23 January 2017 in Sarajevo, Foreign Policy Initiative BH organized the presentation of Guidelines for Advocacy Strategy for the EU integration of the Western Balkans. The project is supported by the Visegrad Group and German Embassy in Belgrade. Six think tank organizations from the Western Balkans region (Serbia, Montenegro, Kosovo*, Albania, Macedonia and Bosnia and Herzegovina) and countries of the Visegrad group: Poland, Czech Republic, Hungary ans Slovakia worked on drafting of the Strategy.

The reason for starting the initiative is the identified need for an advocacy strategy aimed at promoting and fastening of the EU enlargement of the Western Balkans. The countries of the regions have communication strategies which are more targeted to specific goals within their borders, but not towards the EU. Guidelines for the Advocacy strategy are first such initiative. This document contains practical guidelines for state administrative bodies, parliaments and civil society organizations aimed at supporting and fastening the EU integration process.

Jelica Minić, President of the Forum for International Relations of European Movement in Serbia, presented the Guidelines, aims of the project and desired outcomes. Belma Ćemalović, project researcher from FPI BH presented the the web portal www.wb6.info which was formed with supported by the Regional Cooperation Council, with the main focus of spreading positive news about the Western Balkans, however, it is also to be used as one of the sources of reliable information about the region and has a database of over 160 publications and articles about the regions.

The event was attended by representatives of civil society organizations from BiH, international organizations, institutions and the diplomatic core. During discussion following the presentation participants highlighted the importance of coordination with government institutions during the drafting of the strategy. Some of the conclusions reached underlined the need for more visibility of the cooperation of government and non-government sectors. Target groups coming from the EU member states need to be more clearly identified and the activities should be aimed towards the general public as well as to the decision makers from the EU institutions. The participants agreed that a tailor made approach should be developed for each target group . Hence, this advocacy strategy would be used to define the ways in which each EU member state is to be approached as well as the target group within Western Balkans countries. 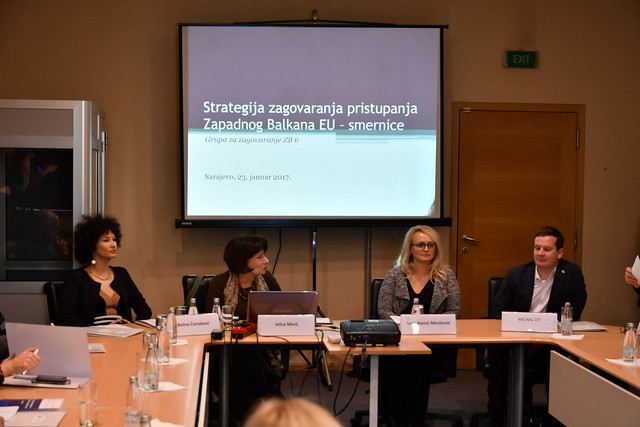