Public Policies in Service of the Public Interest

Within the project “Parliament for Women II”, financed by the US Embassy in BiH, the conference titled “Development of public and gender-sensitive policies as catalysts of social, economic and political changes in BiH” was held in Sarajevo on 28 November 2016. The conference was organized by Foreign Policy Initiative BH (FPI BH) in cooperation with Women’s Caucus of FBiH Parliament  House of Representatives (HoR).

During the conference three public policies which the members of the Caucus wrote were presented:

The analyses were presented by MPs Amra Haračić, Emina Mutap and Anela Begović-Šestić following which panel discussions ensured during which MPs answered questions from the audience and participated in lively discussions. Karolina Leaković, expert from Croatia, spoke about the role of women in strengthening parliamentary democracy as well as the experiences of women in politics in Croatia.

FPI BH Director, Lejla Ramić-Mesihović underlined that FPI BH is very proud on the engagement of MPs from all political parties from the FBiH Parliament HoR “since they managed to find common denominators when it comes to general societal interests, move across party lines and do something for the benefit of the entire society.”

MP and Vice-President of the Caucus Mira Grgić stated that the Club works with all interested female MPs which are voluntarily working on women's issues and that ensuring women rights is not just the problem of women, but the entire society.

The conference was attended by representatives of civil society organization who have been for years working on issues related to gender equality and starting of initiatives for improving the position of women in BiH and have agreed that more work is needed on this issues and that it needs to be more visible. The participants underlined that strong and viable cooperation among civil society organization with governmental institutions is one of the key aspects for progress.

The need for women's enlightenment was also stressed, and members of the Caucus want for them to be an examples of proactive women in taking charges and submitting initiatives for improving the position of women and the society at large. Of the conclusions, repeated several times during the event was the need for improving the role of women and widening their participating in all spheres of life in BiH.

Public Policies in Service of the Public Interest 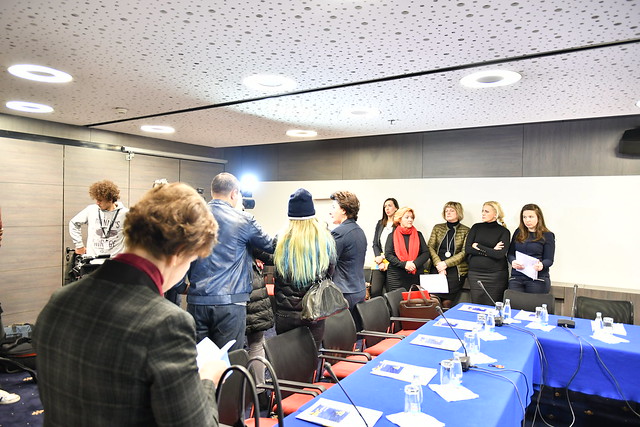