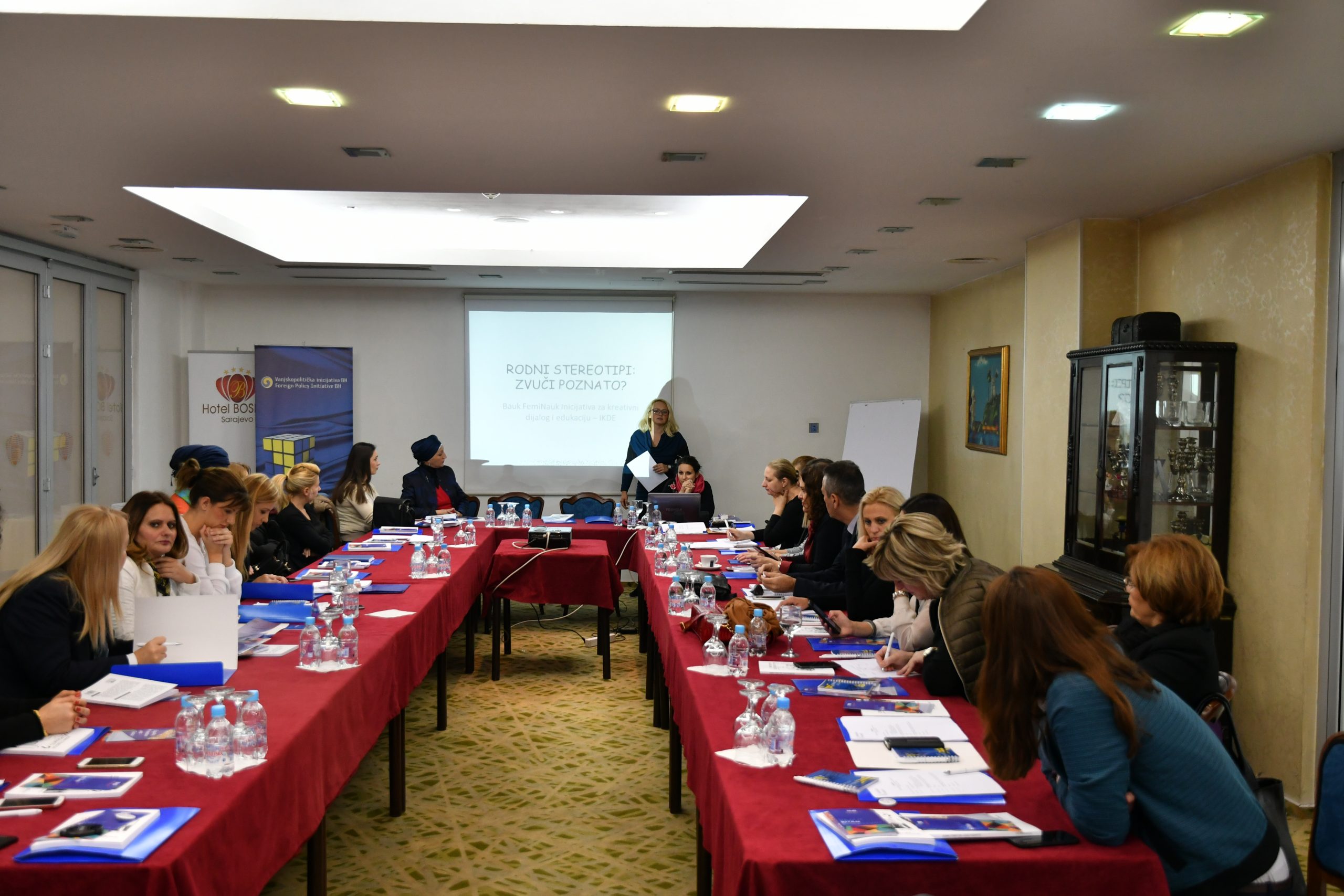 Women's Caucus in the House of Representatives of the Federation of BiH Parliament and Foreign Policy Initiative BH held today a workshop devoted to identification of formal and informal obstacles to gender equality in political and social activism. The workshop titled “Gender Equality – A Problem for Men?” gathered MPs, representatives of NGOs and political parties.

Lecturer from the CURE Foundation, Jadranka Milicevic spoke about international commitments of Bosnia and Herzegovina related to gender mainstreaming, formal and informal barriers to professional development of women on the labor market and in political life and systemic deficiencies that originate from the fact that the Election Law is not harmonized with the Gender Equality Law of Bosnia and Herzegovina. Activist from the TPO Foundation, Monja Suta-Hibert spoke about gender-based stereotypes and on the need for deconstruction of prejudices and stereotypes from the very early age and the need for eradication of discrimination from the education system. The workshop was delivered with support and assistance of the US Embassy to Bosnia and Herzegovina. It was concluded that within the next several weeks the Caucus and the FPI BH would organise a conference for presentation of three public policies developed within this cooperation. 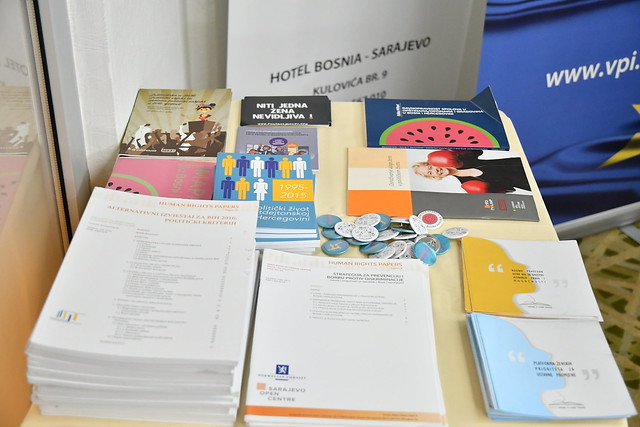