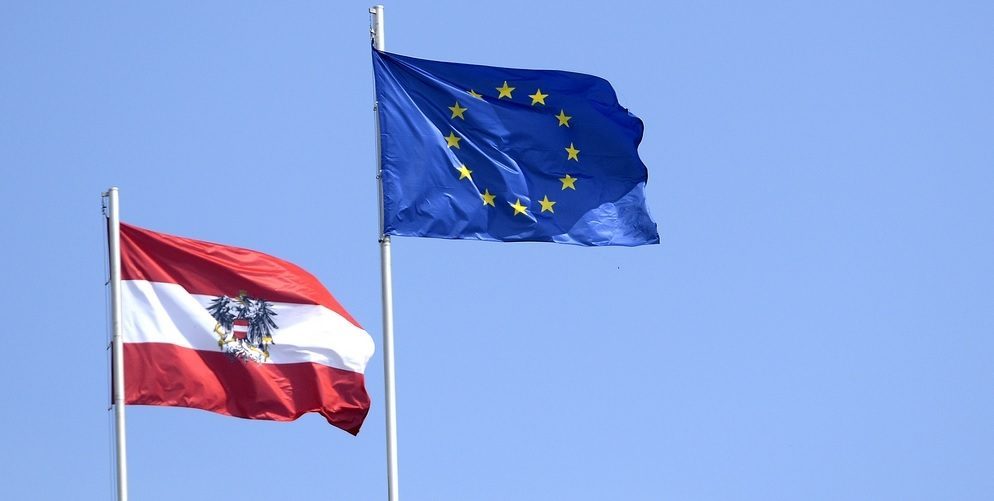 “This decision is not making any winners or losers. Its most important goal is to strengthen citizens’ belief in rule of law and democracy.” With this statement, on 1 July 2016, Austria’s Supreme Court President, Gerhard Holizinger, explained the decision on revoking the results of the second round of presidential election results during which Alexander van Den Bellen, candidate of the Greens, by a tight margin, won on 22 May. And there is nothing unusual about this: Freedom Party of Austria (FPO), whose candidate lost, filed a complaint  for alleged irregularities at 94 out of 117 election sites. It will later be determined that they themselves did considerable errors, and time will show which ones. The Court did not decide on any wrongdoings, but determined that there were mistakes in the process and due to a significant number of them, revoked the poll results of the second election round.  We all thought that it was good that Norbert Hoefer, candidate of FPO, a radical, right-wing, xenophobic – islamophobic party did not become Austria’s new president. We have thought that it might have a negative influence on UK’s referendum, increase EU’s identity crisis and bring another important member of the EU further to the right. But now, by the historic ruling of Austria’s Supreme Court, which surprised many, we are forced to rethink what does all this mean, but only this time, in the post-Brexit context.

If there is anything positive in this Austrian cacophony, it is the presense of rule of law which is undeniable and unrelenting, and we are welcoming it. Everything else is an uncertainty slowly turning to a panic fear from yet another populist exit from the European vision.

The second election round between Van Den Bellen and Hoefer could repeat on 22 September or even maybe on 2 October 2016 (Strache and Dodik campaigning together).

The powers of Austria’s President are not large, but are significant: the President represents the country, confirms the apointments of government officials and state officials and is a guarantee of the (dis)continuity of the public service’s first echelon, they can dismiss federal and regional parliaments, etc.  Most importantly, Austria’s President is a personification of Austria’s political diversity and is a person that must maintain a balance by actually representing all Austrians. Can Hoefer represent 576,000 Muslims in Austria? Can he represent 13,3% immigrants in Austria? Not to mention all those liberals, enthusiasts who love an open society whose multi-identity is in synergy? The answer is no and in truth, it is the biggest challenge for Autria’s social cohesion – the victory of the Right would cause serious ideological polarization in the society and could reflect on the next parliamentary elections, the composition of the government and Austria’s navigation course.

Out of 7,4 million registered voters, 4,6 million of them voted on the presidential elections in May 2016. The percentage is not that troubling considering that FPO candidate dominated in the rural areas of Austria, areas unaccustomed to other identities. If Brexit has divided the British, and it has, then the arrival of the right-wing oriented politicians would divide the Austrians in the same manner and consequently influence the efforts of a healthy consolidation of the European Union.

The new federal Chancellor and leader of the Social Democratic Party, Christian Kern, a businessman rather than a politician, is a certain possibility that the result margin will be larger during the next elections since he managed to reinstall some trust into the political mainstream. He is being compared to the legendary Franc Vranick who was also a businessman brought to lead Germany’s SPO in order to save it, which he managed to do. Kern has an opportunity to rethink his tactics in order to bring Van Den Bellen closer to those inquisitive minds, who do not vote. When Joerg Heider won in 2000, not for the President’s seat, but for entering the federal government, Brussels threatened with sanctions. Does the current EU have, with equally xenophobic parties in a large number of member states’ parliaments and the European Parliament itself, the strength to repeat the same, if a right-wing politicians it to become the next president? It does not, since all those mechanisms are long gone. They have been eaten away by years without a vision, ideas and recognition that the EU has to function in the same way even when the things are not going according to plan. The bureaucratic lulling into bliss and smugness has crossed those red lines a long time ago. This is where the deafening march of populism in all member states is coming from.

As with Brexit, it is possible to go into incredible leghts of speculation, i.e. guessing would it be better that the elections in Austria are being repeated right after Brexit and the drama surrounding it. If we are to be positive, it is good they are happening now, when the biggest political skeptics are beginning to be concerned with Europe’s future and Austria has 1,739,353 of those. They are the only salvation from Austria’s turn to the right, and the percentages of ”sleeping” Europeans who could save Europe are similar. They have to be priorities of Kern, Van Den Bellen, and everyone else’s actions. They cannot make the same mistake like the former Chancellor Feymann (needed to step down after Hoefer’s sudden rise in the first round) and cannot approach those people, who in truth despise politics and politicians, by a up-front political campaign like – vote for us because the rest are right-wing. They have to spell out the harshest truth as directly as possible that these are historic elections and that entire Europe is watching and that the election results have the potential to help with consolidation of Austria and other countries. They need to clearly show their electorate what is being lost by xenophobic isolationism, and what can be achieved is they are to assist with the post-Brexit consolidation of Europe; that they know that it is not the the mere repeating of the second election round between the pretty, youngish and likable Hoefer and the wise, moderate Van Den Bellen with slow reflexes. They must know that just by existing they are changing things – if they vote then they are changing them for the better. If they do not vote that they are equally to blame for what is coming next. This is why the upcoming presidential results are a very important post-Brexit test whether the message has been understood, and if we are ready for consolidation. If this does not happen in Austria, and a year from now in Germany and France, with a bitterness in our hearts we are ready to agree with philanthropist Georg Soros’ estimate that this the beginning of the end of the European Union.

FPO’s presidential candidate got a lot of votes from Serbs originating from the Balkans because the RS President, Milorad Dodik joined the campaign (Dodik has good personal relations with FPO President, Strache). If we are to leave aside that the immigrants are voting for a party with a completely anti-immigration agenda, naive in thinking that the blade is aimed towards only the dark-skinned ones and Muslim immigrants – the question arising is what can Hoefer’s victory mean for the Balkans and for BiH? The answer is barely anything.

If Hoefer wins it does not yet mean anything for the course of action of the government led by Chancellor Kern, which is still on a good way to consolidate its course. Some kind of cohabitation will be necessary and Hoefer’s maneuvering space will be decreased. He will not be able to significantly change Austria-Western Balkans relation which have a pretty interesting history. He will not be able to considerably fasten or to slow down the enlargement process because he is not present at that decision making level in Brussels. He will be able to personally encourage similar political aiming in the Balkans, and risk criticism at home by doing that. Such playing with fire in the Balkans could be dangerous for Austria.