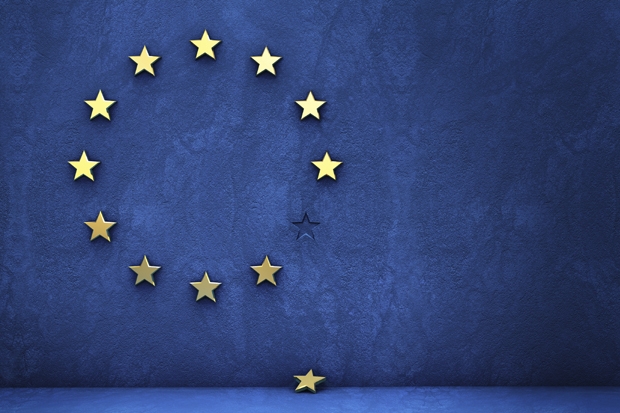 WHEN EXITING THE EU, TURN RIGHT

Judging from what was said in the European Parliament about Brexit, the Brexiters are not likely to stop there, but are aiming to destroy the EU as a project. The mere tone and course of the debate in the European Parliament speaks about the state of mind in Europe, but also about the extent to which the Europe’s right-wing parties managed to impose their rhetoric onto the institution which was the fortress of democratic values in Europe. Gloating over the fate of Great Britain outside the EU, Nigel Farage, the leader of the UK Independence Party and Member of the European Parliament, having a complete disregard for the customs in such an institution, triumphed over his repeated offences to the EU over years, but also managed to offend EU representatives present during the debate. In his speech, he accused them of denying the fact that the project of the European Union is doomed to fail, and reminded them how they laughed 17 years ago when he said told them the UK would leave the Union.

However, Nigel Farage does not intend to merely spread hatred in the UK or insult the EU, but rather, flying on the Brexit wings, he plans to destroy the EU as a project. The topic Farage is especially advocating is British ‘independence’, which was, according to him, fought for by the citizens through the referendum. With this, he characterised the EU as a colonial force, which is oppressing the poor British, and seemingly, the English in particular. Therefore, the speed at which divisions in the British society are coming to surface within a matter of only a few days is astonishing. There is a worrying increase in the number of racist inspired incidents throughout the country, and reports of resurrections of people with tattooed swastikas expressing their views in public broadcasting services, which is a picture that was unthinkable just a week ago. While searching for answers which seem to have surprised only the British government, the UK media are lamenting over different polls which show why the majority voted Leave. It is clear now that the outcome was primarily motivated by the issues of status, or even class divisions within the British society. However, at the same time, a large number of voters changed their minds and regretted the decision since, while some of the Brexit masterminds, like Boris Johnson, put his tail between his legs, evidently aware and afraid of the consequences of such a result, which clearly surprised him too.

The support Nigel Farage received from Marine La Pen, leader of the French National Front, perhaps the most notorious right-wing party in Europe, shows just how much the European Parliament is divided, which could soon lead to serious divisions within the Union as well. It was upsetting to watch serious and experienced European politicians like Martin Schulz, the President of the EP, failing to control the emotional atmosphere in the room heated by threats to destroy the most solemn democratic project in recent history. It was even worse watching Jean-Claude Juncker, President of the European Commission, bring himself down to the level of rhetoric imposed by the Europe’s right, failing to defend the institution he represents, as well as the ideas that he stands for. It was pitiful to watch how the temporary face of the UK in the European Parliament was Nigel Farage, the man who was unable to even win enough votes to enter the Parliament in his own country during the elections less than a year ago. It was disappointing to watch the striking absence of answers to questions mounting over Brexit.

And yet, finding the right answers is the most important thing the EU needs to provide at this moment. Brexit opened many questions, which are still difficult to grasp, and it is clear that it is hard to give all answers right away. But, while the European bureaucracy is trying to work out how to deal with the challenges of Brexit, the Europe’s radical right is opening new questions and posing new challenges. Brexit has demonstrated how short is the road between the voters falling for populist messages, on one hand, and the institutions like the European Parliament, and even the destiny of the European project.

The spirit of racism, intolerance and hatred towards the other have been spreading over Europe for some time now, but it was least expected to materialise in such short time in Britain. In just five days, the public debate, and media in particular, boiled down Brexit to a single issue – immigration. Since the bickering over Brexit moved to Brussels, the leading British media brought down all dissatisfactions tearing this country apart for years, to a single question – the freedom of movement within the EU. However, the fact that David Cameron, after meeting with the leaders of member states, also boiled down Brexit to the issue of immigration is just another proof of the extent to which he misjudged the motives of the UK citizens, especially their lack of knowledge of the EU. However, this outcome is not only the result of the misjudgment of the PM and his government, but of the undermining of the EU in that country for decades.

Having in mind all legal and practical aspects of Brexit, it turns out that it might even be impossible to untangle all contractual obligations which the EU memberships entails within two years after activation of the Article 50 of the Lisbon Treaty. In that case, it would be fair, and at this point even wise, to provide specific information on what leaving the EU enatials, and if it is even possible. The shock and disbelief among some British Leave voters shows that the destiny of their country within the EU was the least of their concerns, and that they were unaware of consequences left on the UK, the EU, and even globally. Huge responsibility also rests on the EU, which stood aside the debate during the pre-referendum campaign and thus missed the opportunity to explain to the British voters the destructive consequences of their choice to leave the EU. Brexit might prove it impossible to find answers to some of the arising questions.

The outgoing Prime Minister David Cameron announced that he is throwing the ball into his successor's court. However, the British uncodified Constitution is unclear about with whom that decision rests, and whether the referendum decision is a sufficient legal basis for the next PM to activate Article 50 without consulting the Parliament. The mere delay of the formal decision is in itself buying time during which passions might cool down and the debate could be brought into the framework of rational arguments. If Westminster institutions decide that the final decision on Brexit should be made by the British Parliament, it then opens up the possibility that the UK remains in the Union. In the meantime, the EU and its representatives can help by calming down the situation, preserving the dignity of the EU institutions, and returning the debate on the EU as a project to the level of common values. That way they could rise above the populism that is imposed by the Europe’s right.

When Exiting the EU, Turn Right