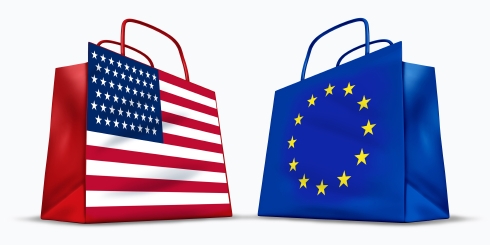 Is TTIP dead even before it is signed? It seems like there is growing opposition within the EU, particularly among key member states, that might be leading toward the abandonment of further negotiation and consequent signing of the agreement. But we did not wait for that to happen but rather analyzed possible impacts on BIH and EU member states to be. There are those who ﬁnd the agreement to be a logical continuation of cooperation between these two economic blocks and who think that it would have positive multilateral eﬀects on the global economy.  The others claim that only the parties (or one party) to the agreement would beneﬁt from it and that it would have long-term negative eﬀects on the global economy. Nature of negotiations has also been criticized, which since being held “behind closed doors” inspire critics to raise the issue of the future contents of this agreement. In light of these events, it is reasonable to raise the issue of the eﬀects that this agreement will have on the economies of potential members of the European Union, which do not have the right to participate in negotiations but whose membership in the European Union is ever more feasible. Will potential European Union member states be in a situation in which their economies will not be able to cope with the challenges imminent to being a member of the most developed economic market in the world or this agreement will have positive economic eﬀects on their economies?