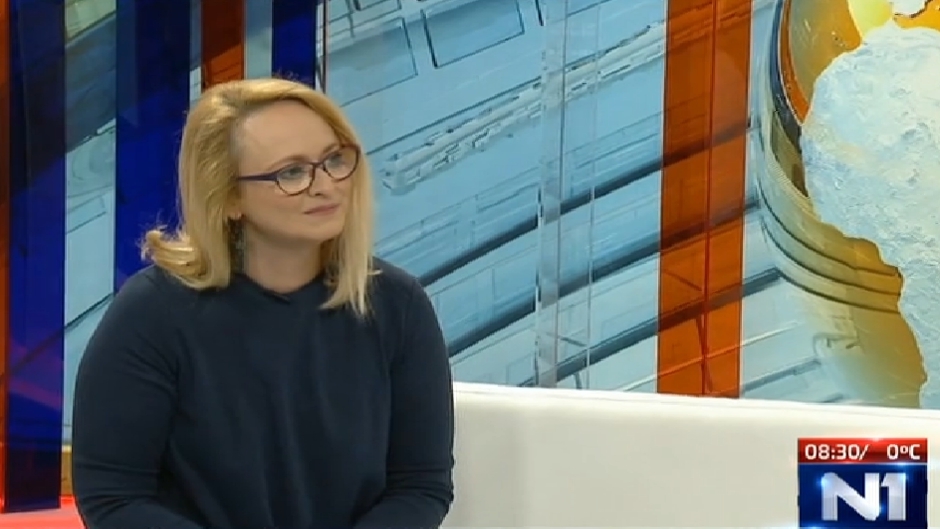 Interview with Lejla Ramić-Mesihović: We are little ahead of Kosovo on our EU integration path

During yesterday’s press conference chairman of BiH Council of Ministers Denis Zvizdić spoke about the details of the adopted coordination mechanism.

BiH Council of Ministers adopted this mechanism on January 26, but the public was not informed about this.

BiH Council of Ministers and the Chairman were exposed to comments that the aforementioned coordination mechanism was adopted in secrecy, although Denis Zvizdić stated that the text of the mechanism was presented to the entity governments some ten days ago.

“I would like to remind that this is the result of political negotiations. Some of them said that it has been in process since July last years which means that this is not something new for them. The question remains which levels of government were familiar with the decision being reached. Which also brings into question how prepared some levels of government are for the tasks that the coordination mechanism will give them”, Mesihović said.

Decision about the adoption was published in the BiH Official Gazette.

“Coordination mechanism should ensure a good system of efficient communication with Brussels with one voice. The primary task is ensuring communication about topics related to European integration, reaching a uniform solution about the issue and one attitude towards Brussels”, director of Foreign Policy Initiative BH stated.

“It is no drama, since it did happen with Albania. We should not be negative but proactive and do everything to get the candidacy status which, as it is announced, should happen mid next year”, the guest of N1 television morning programme believes.

Lejla Mesihović also said that a couple of years ago BiH got a probationary task to fulfil two groups of issues, public procurement and environment. “Environment is a very important area and the joint competencies should not be divided to entity levels but should would together on them.”

She underlines that BiH citizens which are tax payers should know that coordination mechanism is one of the conditions which is fulfilled and that it is here.

“Civil society and citizens should be included in the efficiency step which will ensure coordination mechanism. Everything is alright as long as something works because we, as tax payers, are paying for is, however, when something isn’t working, and the citizens continue paying for it, then something isn’t in order and we should all be a little bit worried”, Mesihović said.

Usually there is some sort of a deadline given for the coordination mechanism.

“In this case there is no deadline. We should hope that if it does not work it will be changed. Reaching decisions should be done by consensus, which in our case is a potential for blockade. If someone from a large forum does not support, a decision cannot be reached. This will require a change to the political culture. If there are some relevant changes to the political culture and the interaction the coordination mechanism could be viable, but it remains to be seen,” Mesihović said.

On the issue of what might cause the problem, Foreign Policy Initiative director said that all levels of government need to prove themselves.

“There it is evident that vertical coordination foresees the division of competencies which was the biggest stone of contention on BiH political scene”, Mesihović said.

Coordination mechanism should help determine administrative procedure which tell about what happens after the European Commission gives the questionnaire to the BiH mission in Brussels.

The second condition for a credible application is the adaptation of the Stabilization and Association Agreement (SAA), the issue which is currently being negotiated with the EU. BiH Council of Ministers formed a negotiating team for our country. The continuation of negotiations is set for February 16.

Mesihović stated her opinion about the current, realistic position on BiH’s path to the EU.

“If we take into consideration the region, I remember a period when we did a feasibility study which should recommend if BiH should be allowed to negotiate for the SAA. Then the government very quickly reached an agreement on how to fill the questionnaire and it was seen as a positive step. At that time we were ahead of Serbia, ten years ago. Back then colleagues from Montenegro came to learn about the biometric system. According to that I can say we are no fools and we just need less political frictions and the rights to decide”, she answered and added that currently we are a little ahead of Kosovo.

“When the accreditation starts we will see how doable this is. There is no deadline, but it would be good if there was. There are indicators through which we can see how all this works. But, Brussels is watching, EU member states are watching, and it is not enough just to reach the decisions but also to implement them. If we have a standard which should be implemented throughout BiH, the problem will be in only one canton decides not to implement it,” Mesihović concluded.

Increasing the activities of Women Caucus of House of Representatives of FBiH Parliament
Presentation of policy analysis: “EU Membership Candidate Status: Between Challenges and Weaknesses“

Youth Manifesto for Digital Space
People on the move – improving protection against smuggling and human trafficking
The EU as a promoter of democracy or ‘stabilitocracy’ in the Western Balkans?
The (Lack of) Freedoms and Safety of the Virtual World
„Could preservation of a frozen conflict be the final solution of The Trouble?“
BiH Citizens’ Support for EU Accession: How Relevant Is It?