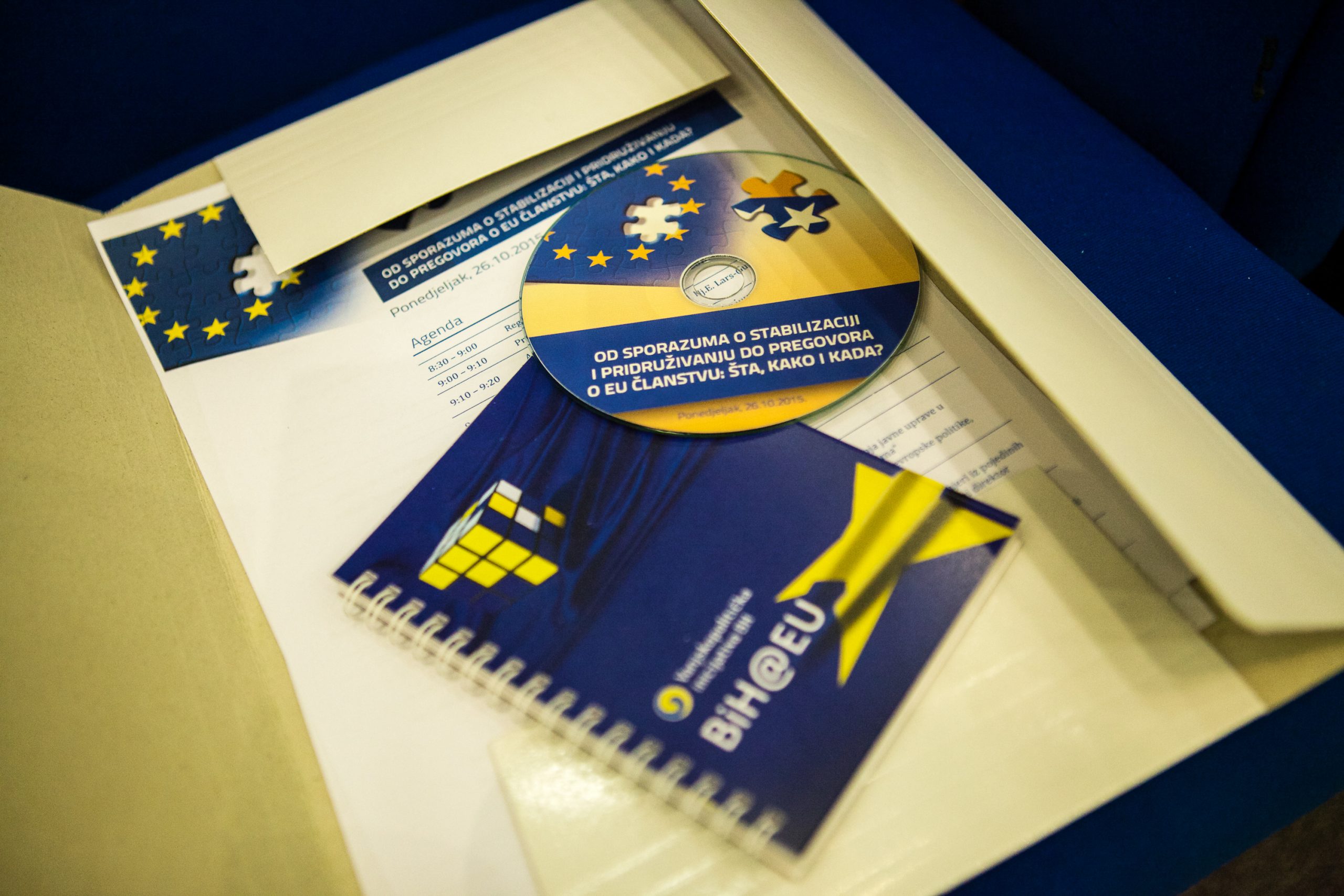 From the Stabilization and Association Agreement to EU Membership Negotiations: What, How And When?

Public event “From the Stabilization and Association Agreement to EU membership negotiations: what, how and when?” marked the beginning of the project project “Support to European Union Integration in FBiH” implemented by Public Administration International (PAI) from the United Kingdom in partnership with Foreign Policy Initiative BH. The aim of the event was to highlight the importance and the role of government officials, particularly EU coordinators in the EU integration process.

The event was organized in order to explain the obligations coming from the Stabilization and Association Agreement (SAA) coming into force as well as the importance of EU coordinators in the FBiH Government, cantonal governments and the necessity for strengthening of their functions. The speakers at the conference were Mr. Fadil Novalić, Prime Minister of FBiH, H.E. Edward Ferguson, British Ambassador to BiH, H.E. Lars-Gunnar Wigemark, EU Special Representative and the Head of EU Delegation to BiH and Darija Ramljak from the Directorate for EU integrations. The speakers highlighted the importance of successful implementation of the reforms, the path of BiH towards the EU and the importance of the readiness of public administration to fulfil the obligations from the SAA.

With the SAA coming into force in June 2015 and the activation of the reform measures BiH gained an opportunity to make a significant step forward in fulfilling the obligations of the EU integration process. If the reform processes, those already begun and those that will follow, are to have desired effects it is necessary to work on improving the quality of human resources in the public administration sectors, particularly in the context of EU integrations.

Event announcement: From the Stabilization and Association Agreement to EU Membership Negotiations: What, How And When?
Public debate for the students “Shaping and Debating the Future of the EU”