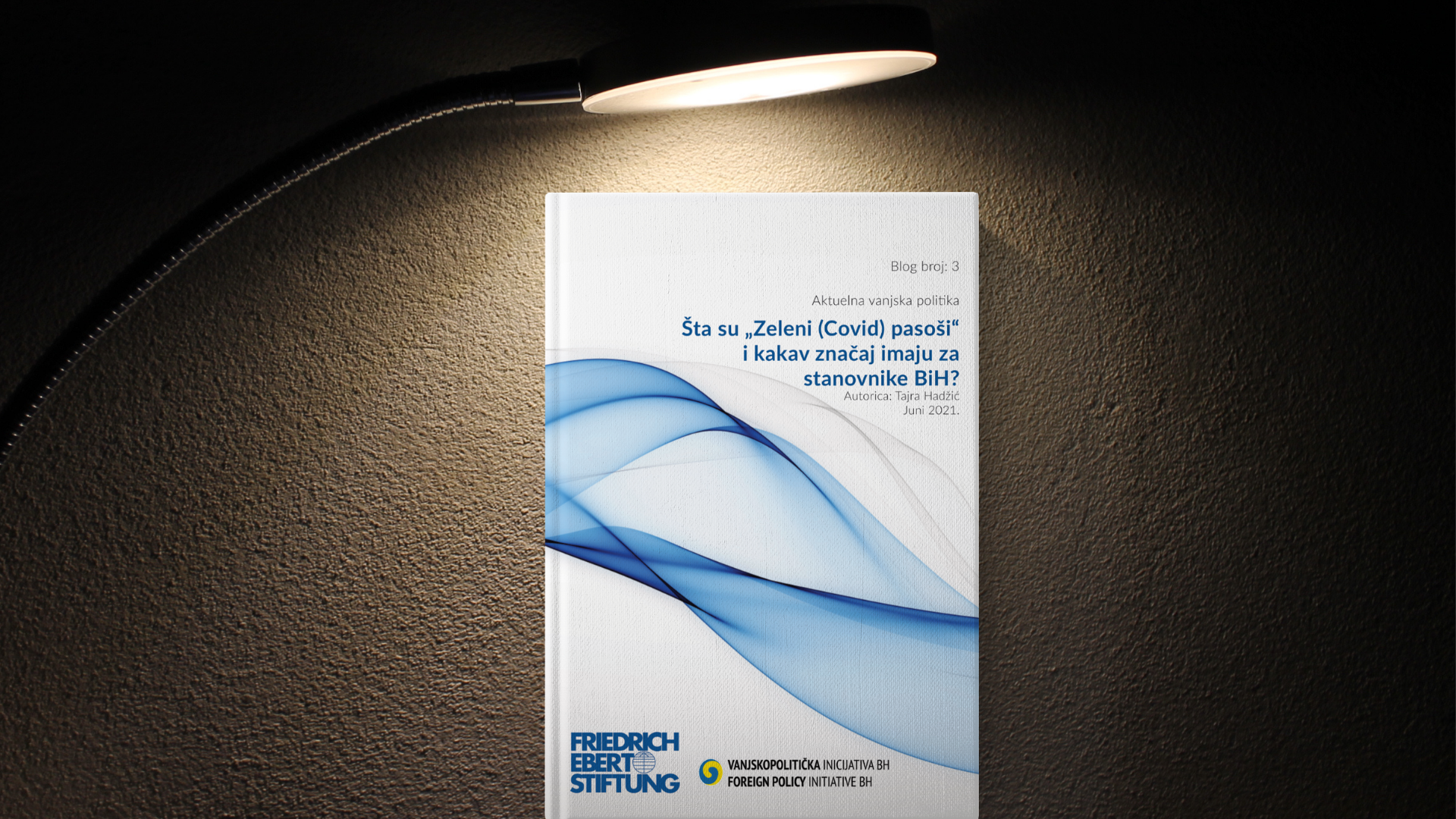 What are the “Green (COVID) passports” and what is their significance for BiH residents?

While BiH citizens are eagerly awaiting mass vaccination, developed countries are finding ways to make it easier for people to move and save this year's summer season. The mention of creating Green or COVID passports triggered an avalanche of reactions and questions, most of which were answered by the European Commission on its official website. According to an information released on March 17, the “Digital Green Certificate” is a certificate issued in three cases: in a case where a person has a negative PCR or rapid antigen test for COVID-19, she/he has contracted the virus in the previous period or has been vaccinated. This type of certificate is planned to be presented in all 27 member states of the European Union (EU), as well as in Liechtenstein, Switzerland, Iceland, and Norway. Israel and the United Kingdom are also developing similar COVID passport mechanisms for their citizens. What is especially important to point out is that the right to a “green passport” is guaranteed to all citizens of non-EU countries with a current residence in the European Union, as well as family members of EU citizens regardless of their nationality.

The first question that arises is whether the introduction of Digital Green Certificates is in fact a discriminatory practice towards citizens who have not recovered from the virus in the recent past, or if they do not want or are not in a position to be vaccinated. The Commission's answer is clear: “Green Certificates” are only one form of relief, and all those who do not have this certificate will still be able to enter countries, but under certain conditions decided by each member state. For example, if BiH citizens do not have a certificate based on one of the three cases mentioned above, they will have to spend 5 or 10 days in isolation when arriving at their desired destination. It was also emphasized that this certification mechanism is not limited to member states, however, to prevent abuse and long-term congestion at borders, it is important that all interested countries follow the same standards and verification system. The European Union will provide a certificate verification mechanism as well as a support system for the creation of a software necessary to scan QR codes on these certificates.

What does the Digital Green Certificate contain?

Digital Green Certificates will be issued completely free of charge in printed and digital form, and each certificate will contain a QR code that will guarantee the authenticity and security of private data. In addition to key information such as name, date of birth and name of the issuing country, this so-called green passport will contain other information depending on the basis on which the certificate is issued. In case the certificate signals that the person has been vaccinated against COVID-19 virus, in addition to the basic data, there will also be the name of the vaccine, the date of vaccination and the number of vaccine doses. If the person has contracted the virus, it is important to state the date of the positive COVID test, the date of issue, the expiration date, and the name of the issuer of the certificate. For now, it is indicated that the validity of this certificate is 180 days after the first negative test. Finally, if the certification was issued based on a negative test, it is important to state the date and time of the test, the type of test, and the name of the laboratory in which the test was performed. Self-testing is not covered by this system since such form of testing is not performed under controlled conditions and is therefore considered less reliable. The European Commission emphasized the importance of data protection, stating that the certificates will only contain the necessary data, and that maximum protection of personal data from any form of misuse will be ensured.

Which vaccines does the Digital Green Certification system cover?

The subject of discussion is whether only vaccines approved by the European Medicines Agency (EMA) will be valid for obtaining a “COVID passport”. As a reminder, the EMA has currently approved the Moderna, AstraZaneca, J&J/Janssen, and Comirnaty (Pfizer) vaccines, while the Russian and Chinese vaccines are not yet on the list of confirmed vaccines. Given that many European countries have already started vaccinating the population with Sinopharm and Sputnik, it is very possible that eventually the list of acceptable vaccines will be expanded to include these two vaccines. Currently, the Commission's response is that Member States will have the right to decide which vaccines, in addition to those approved by the EMA, will be recognized with the abolition of mandatory self-isolation measures or additional testing. Russia and China took advantage of COVAX's slow response and began mass-exporting large quantities of vaccines to poorer countries, thus expanding their influence in this “vaccination race”. Chinese officials have already confirmed the news that all travelers who have been vaccinated with one of the two Chinese vaccines (Sinopharm and Sinovec) will be able to apply for a visa and thus visit this country. What is certain is that a mechanism needs to be created that will allow citizens who have been vaccinated or who have survived the virus to travel the world unhindered, without creating regional blocs that will widen the rift between East and West.

Benefits for the citizens of Bosnia and Herzegovina

It is planned that the Digital Green Certificate system will be put into use as soon as possible, but this still needs to be approved by the Council of the European Union and the European Parliament, and it is not yet known when their official use will officially begin. There is no doubt that the countries of the Western Balkans need to seriously monitor this whole process and strive to become part of this system to enable their citizens to travel freely in Europe. Currently, BiH residents are banned from entering EU member states, unless there is a justifiable reason to do so. If BiH becomes a part of the entire mechanism and implements the Digital Green Certificates, all citizens who have survived the virus, have a negative PCR or rapid antigen test, or have been vaccinated, could travel freely to EU countries. On the contrary, residents of non-EU countries can submit all necessary EU data to the country they want to travel to, but in that case, it is a longer procedure in which the decision on issuing the certificate is left to each member state. Despite the criticism, Digital Green Certificates can bring Europe one step closer to economic recovery, and thus to the pre-pandemic lifestyle. 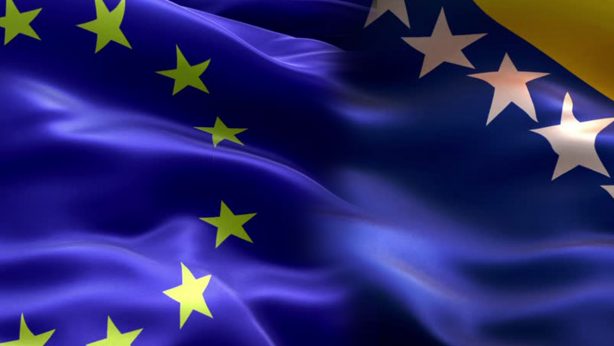 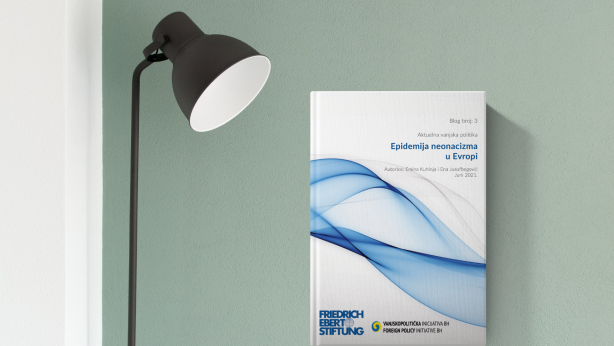